Depart for sightseeing tour of Old Delhi – Drive past Red Fort - built in red sand stone walls of Lal Quila, the Red Fort extend for 2 km and vary in height from 18m on the river side to 33m on the city side. Shah Jahan started construction of the massive fort in 1638 and it was completed in 1648. The Red Fort dates from the vary peak of Mughal power. Also enjoy Rickshaw ride from Red Fort to Jama Mosque The Mughal reign from Delhi was a short one, however Aurangzeb was the first and the last emperor to rule from here, Jama Masjid - the Great mosque of Old Delhi’s both the largest and the final architectural extravagance of Shah Jahan. Begun in 1644, the mosque was not completed until 1658. It has three gateways, four angle towers and two minarets standing 40m high and constructed of altering vertical strips of red sandstone and white marble and Raj Ghat – cremation site of Mahatma Gandhi – the Father of Nation;.
Afternoon sightseeing tour of New Delhi begins with a drive past Safdarjang’s Tomb (1753 AD) while we are on the way to the Qutab Minar (1193 A.D.). This striking medieval tower of victory, built by the slave dynasty, is 73 m high. Within the Qutab complex, amidst the ruins of Quwat-ul-Islam mosque, stands the Iron pillar which has stood the vagaries of weather and has not rusted for over 1500 years. Continue your tour to visit the Humayun’s Tomb. Later drive through the Embassy area, Diplomatic enclave, stop for a quick photo shoot at India Gate and Rashtrapati Bhawan (Presidential Estate formerly Viceroy’s House) and Connaught Place, New Delhi’s main shopping area.

Agra – The ancient city once the capital of the Mughal empire in the 16th and 17th century, depicts a gorgeous panorama of majestic architectural creations and a rich tradition of art and culture. Agra houses one of seven wonders of the world, the marble symphony of Emperor Shah Jahan - “The Taj Mahal”. Discover the dazzling creations of their craftsmen in other architectural marvels in Agra, the quintessential Mughal City.
Afternoon visit the Baby taj and Sunset at Taj Mahal (closed every Friday) - built by the Mughal Emperor Shah Jahan as a mausoleum for his beloved queen Mumtaz Mahal in 1648 on the bank of the river Yamuna. The symmetrical, white- marble building consists of an arch-shaped doorway topped by a large dome and decorative spires.
Also visit Agra Fort, the most beautiful 17th century Mughal architecture. In 1565, Akbar began to build the Red Fort with its high red sandstone walls: inside, south, is the Jahangiri Mahal or Palace of Jahangir, built by Akbar to the north, the Pearl Mosque, built by Shah Jahan. The "Khas Mahal" which forms three pavilions, one discovers a beautiful view of the Yamuna and the Taj Mahal.
Places in Agra that we will cover in 1 days:-
1. Taj Mahal in Morning for sun Rise
2. Agra Fort
3. Taj Mahal in Evening for sunset

The city of Jaipur was founded in 1727 by Jai Singh II, the Raja of Amer who ruled from 1699 to 1743. He planned to shift his capital from Amer, 11 kilometres (7 mi) from Jaipur to accommodate the growing population and increasing scarcity of water.Jai Singh consulted several books on architecture and architects while planning the layout of Jaipur. Under the architectural guidance of Vidyadhar Bhattacharya, Jaipur was planned based on the principles of Vastu shastra and Shilpa Shastra The construction of the city began in 1726 and took four years to complete the major roads, offices and palaces. The city was divided into nine blocks, two of which contained the state buildings and palaces, with the remaining seven allotted to the public. Huge ramparts were built, pierced by seven fortified gates
Jaipur is a standout amongst the most socially rich legacy urban areas in India. Established in the year 1727, the city is named after Maharaja Jai Singh II who was the primary organizer of this city. He was a Kachhwaha Rajput and ruled the region in the vicinity of 1699 and 1744.
During the rule of Sawai Ram Singh I, the city was painted pink to welcome H.R.H. Albert Edward, Prince of Wales (who later became King Edward VII, Emperor of India), in 1876. Many of the avenues remained painted in pink, giving Jaipur a distinctive appearance and the epithet Pink city. In the 19th century, the city grew rapidly and by 1900 it had a population of 160,000. The wide boulevards were paved and its chief industries were the working of metals and marble, fostered by a school of art founded in 1868.The city had three colleges, including a Sanskrit college (1865) and a girls' school (1867) opened during the reign of the Maharaja Ram Singh
Large areas of the city including the airport were flooded in August 1981, resulting in the death of eight people and much damage to the city's Dravyavati River. The floods were caused by three days of cloud burst that produced more rain than the annual average. 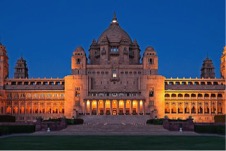 Jodhpur is a city in the Thar Desert of the northwest Indian state of Rajasthan. Its 15th-century Mehrangarh Fort is a former palace that’s now a museum, displaying weapons, paintings and elaborate royal palanquins (sedan chairs). Set on on a rocky outcrop, the fort overlooks the walled city, where many buildings are painted the city’s iconic shade of blue.
Places in Jodhpur that we will cover in 1 day:-

Ranakpur is a village located in Desuri tehsil near Sadri town in the Pali district of Rajasthan in western India. It is located between Jodhpur and Udaipur. 162 km from Jodhpur and 91 km from Udaipur, in a valley on the western side of the Aravalli Range. The Nearest Railway Station to reach Ranakpur is Falna Railway station. Ranakpur is one among the most famous places to visit in Pali, Rajasthan. Ranakpur is easily accessed by road from Udaipur.Along with magnificent architecture and numerous pillars, the place is also famous for large population of monkeys that live in and around the place. The ladies of the town donated 90 ounces of gold to the construction of the temple.
Ranakpur is widely known for its marble Jain temple, said to be the most spectacular of the Jain temples. There is also a small Sun temple

Place in Ranakpur that we will cover in 1 day:-
Jain Temple 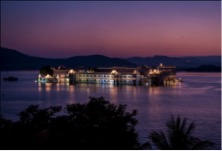 Udaipur, formerly the capital of the Mewar Kingdom, is a city in the western Indian state of Rajasthan. Founded by Maharana Udai Singh II in 1559, it’s set around a series of artificial lakes and is known for its lavish royal residences. City Palace, overlooking Lake Pichola, is a monumental complex of 11 palaces, courtyards and gardens, famed for its intricate peacock mosaics.
Places in Udaipur that we will cover in 1 days:-
1. City Palace
2. Jagdish Temple
3. Saheli ki Badi
4. Boat Ride at Lake Pichola in evening

After having the lunch depart for Brahma's Temple, Also called the Jagatpita Brahma Mandir, this temple is located near to the Pushkar Lake. It is one of the few Brahma temples remaining in the country and is amongst the rare places to visit in Pushkarthe place of worship was built in the fourteenth century. Constructed of marble and stone, it has a unique architecture along with the majestic red pinnacle. then proceed for Pushkar Lake, Surrounded by more than fifty bathing ghats, this lake is located in the Ajmer district of Rajasthan and Local City Sightseeing.
DINNER & OVERNIGHT AT THE HOTEL 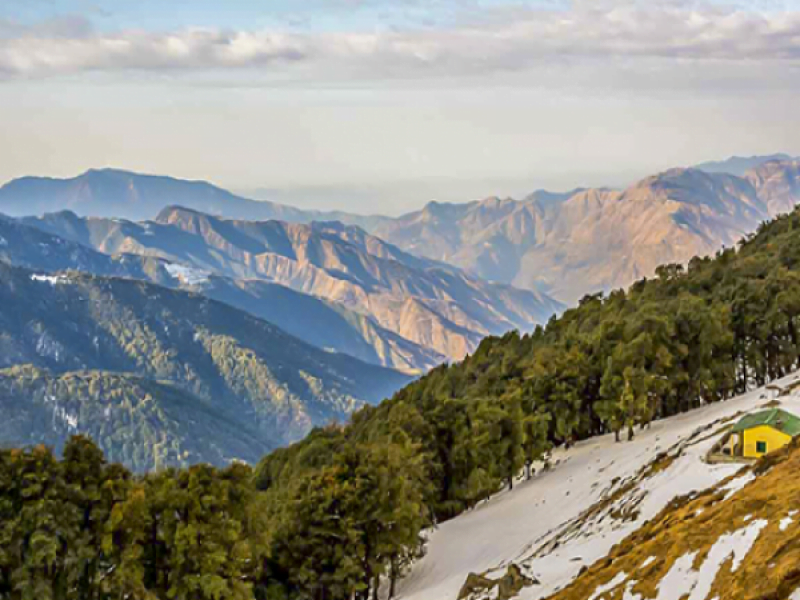 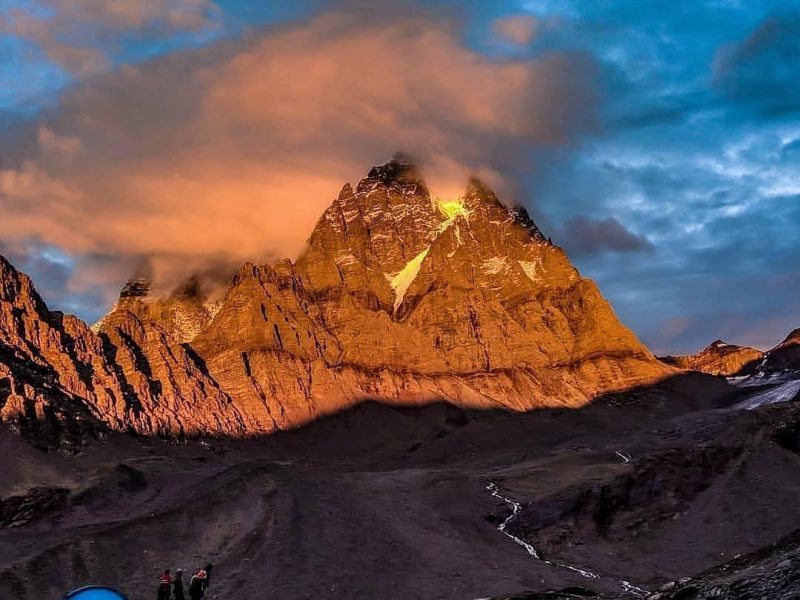 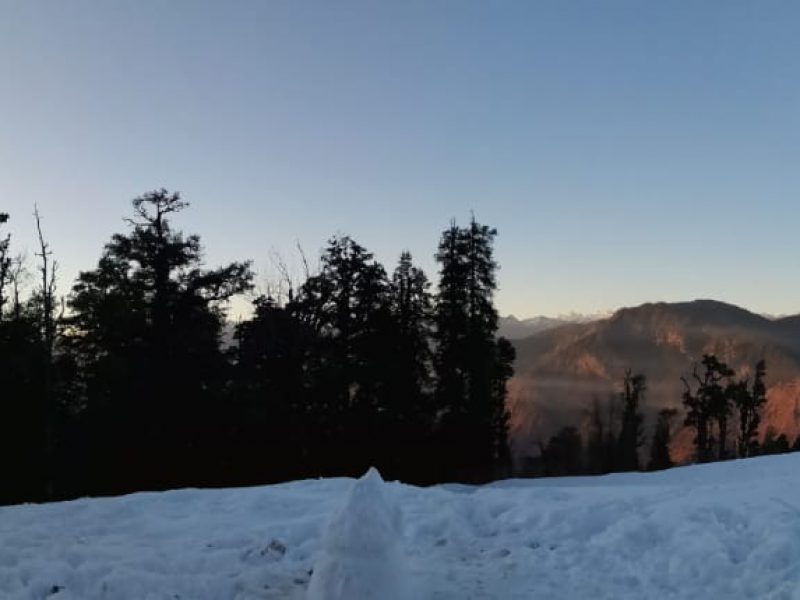