One of the most popular tour packages for India is a visit to cities falling in the Golden triangle. Golden Triangle Tour With Haridwar, Rishikesh  offers you an opportunity to explore the popular cities of Delhi, Agra and Jaipur along with the ancient holy city of Haridwar, Rishikesh,

Arrive international airport of Delhi and after meeting and assistance by our company representative transfer to hotel for overnight stay. Dinner and overnight at Hotel.

After breakfast proceed to historical city of Agra by road. Arrive Agra and check in hotel. Later in the afternoon visit the world famous monument of Taj Mahal and Agra fort.

Agra - Located on the western bank of the Yamuna River, the city of Agra, founded in 1504 by Sultan Sikander Lodi, was besieged in 1526 by Babur the first Mughal Emperor. During the mid 16th and 17th centuries Agra, by now the Mughal capital, witnessed a remarkable spate of expansion and architectural development as each successive emperor tried to outdo the last. As a result, Akbar, Jehangir and Shah Jahan have all left behind an impressive legacy of Mughal masterpieces.

Taj Mahal - Built by Emperor Shah Jahan in memory of his wife Mumtaz Mahal who died giving birth to their fourteenth child in 1631, the Taj Mahal is described by the Indian poet Rabindranath Tagore as ‘a tear drop on the face of eternity’. Heartbroken by her death, legend has it that Shah Jahan’s hair turned grey overnight and that he turned his back on running the empire, concentrating instead on the construction of this monument to love. Construction took 22 years and the Taj was completed in 1653 at a speculated cost of 3 million rupees, equivalent to around 70 million US Dollars today. (Taj Mahal is closed on Fridays)
Agra Fort - Massive and majestic, the red sandstone fort in Agra, built by Emperor Akbar, is perhaps the best-preserved fort in India. Construction of this crescent shaped fort 2.5km in circumference commenced in 1565. Contained within the huge double outer walls up to 20m high and broken by a series of huge gates, the fort is almost a city within a city. Initially the fort was a military structure but under the rule of Shah Jahan, Akbar’s grandson, many additions were added. The fort houses the Dewan-i-Khas and Dewan-i-Aam (Halls of Private and Public Audience) as well as the Musammam Burj and Khas Mahal, where Shah Jahan was imprisoned by his son Aurangzeb. Today these palatial buildings are silent witness to the rise and fall of the Imperial Mughal Empire and are exemplars of Islamic architecture and decoration.
Dinner and overnight at Hotel.

Morning breakfast at hotel and later drive to Jaipur. Enroute visit Fatehpur Sikri, The deserted, red Sandstone City, Emperor Akbar built that as his capital and palace. Continue your journey and reach Jaipur in the late evening. Arrive and check in at hotel. Dinner and overnight at Hotel.

After breakfast, excursion to Amber Fort. En route, make a photo stop at the Palace of Winds (Hawa Mahal). You may also ride till the entry gate of fort on Elephant back on direct payment basis. Later visit to City Palace, and Royal Observatory (Janter Manter-1728-34).

Amber Fort Palace - Amber is the classic romantic Rajasthani fort palace. Its construction was started by Man Singh I in 1592, and completed by his descendent Jai Singh I. Its forbidding exterior belies an inner paradise where a beautiful fusion of Mughal and Hindu styles finds it's ultimate expression. Continue sight-seeing.

City Palace - A delightful blend of Mughal and traditional Rajasthani architecture, the City Palace sprawls over one-seventh of the area in the walled city. It houses the Chandra Mahal, Shri Govind Dev Temple and the City Palace Museum.
Jantar Mantar - This is the largest and the best preserved of the five observatories built by Jai Singh II in different parts of the country. This observatory consisting of outsized astronomical instruments is still in use
Hawa Mahal - The ornamental facade of this "Palace of Winds" is a prominent landmark in Jaipur. Their five-storey structures of sandstone plastered pink encrusted with fine trelliswork and elaborate balconies. The palace has 953 niches and windows. Built in 1799 by Pratap Singh, the Mahal was a royal grandstand for the palace women.
After sightseeing of Jaipur we drive to Delhi for overnight stay. Dinner and overnight at Hotel.

Rishikesh:- 24 Km from Haridwar, Rishikesh is a small city in the Himalayan foothills beside the Ganges River. The river Ganga is considered holy so is city of Rishikesh and the city is renowned as a center for studying yoga and meditation.

After breakfast drive to Delhi. Arrive and check in hotel.
Dinner and overnight at Hotel

After breakfast check-out from the hotel and proceed for full day sightseeing tour of Delhi:

NEW DELHI - An extensive sight-seeing tour of New Delhi would include a visit to the Humayun's Tomb, the Qutub Minar, a drive along the ceremonial avenue - Rajpath, past the imposing India Gate, Parliament House, the President's Residence and would end with a drive through the Diplomatic Enclave.

Shahjahanabad or Old Delhi, the 7th city, was built when the Mughal Emperor moved his capital back to Delhi from Agra in 1638. Planned out in blocks with wide roads, residential areas and bazaars, Chandini Chowk, now thought to be Asia’s busiest street, was the main artery. Literally translated as ‘Silver Street’ this bustling market area of Old Delhi is good for hunting down new and antique gold and silver jewellery from craftsmen whose forefathers served the emperor. At the 1911 Delhi Durbar, King George V announced that the capital of India was to move from Calcutta to Delhi. Inaugurated in 1931, the ambitious work of British architects Sir Edwin Lutyens and Herbert Baker, New Delhi is an audacious statement of Imperial British control over India. Today the difference between bustling Old Delhi and the calmer, tree lined avenues of New Delhi is striking.

Cost always comes down with the increasing number of heads. 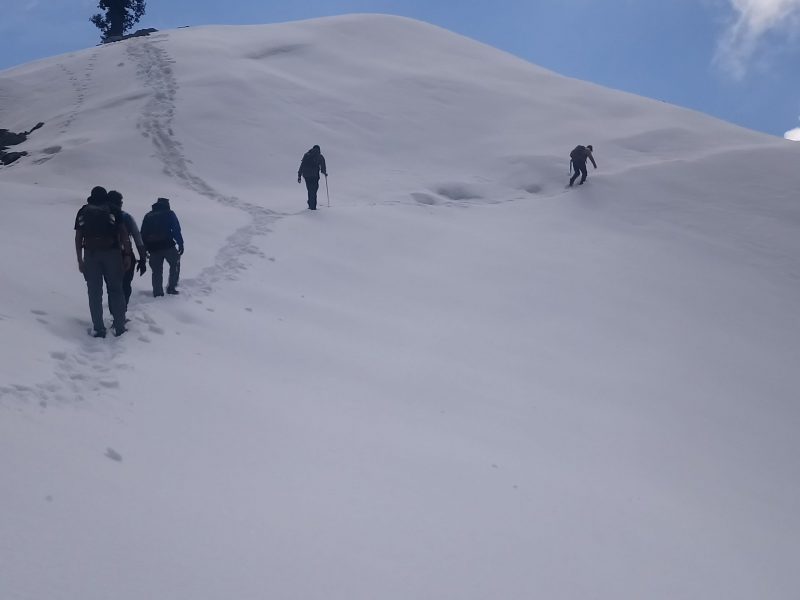 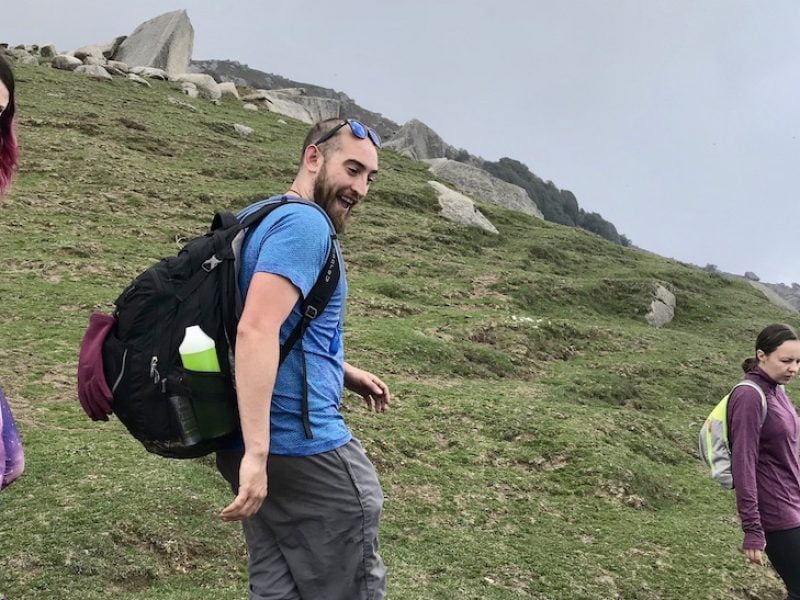 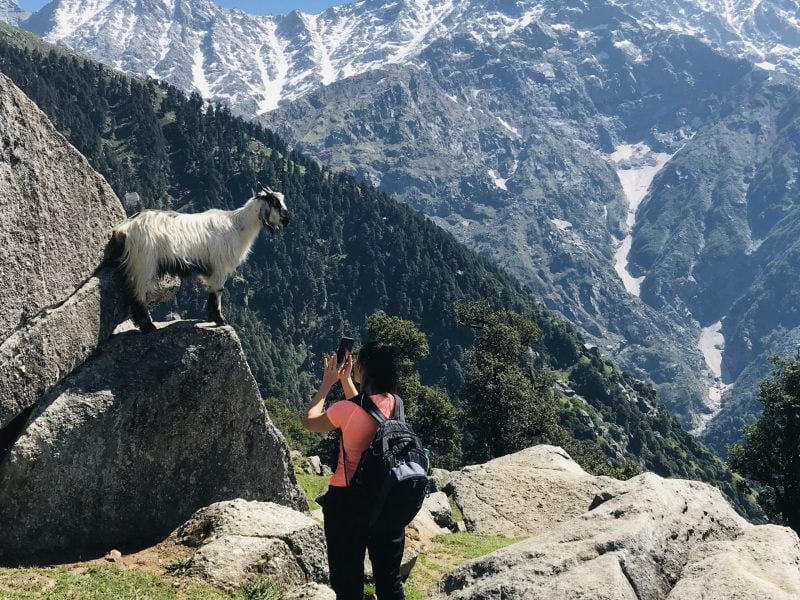